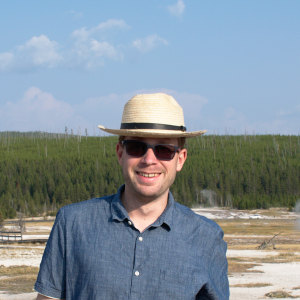 Last week, one of the three halogen light bulbs got broken. So I had the choice of replacing the one light bulb or searching for another possibly better way to light up my room. I really like LEDs so I searched for some ideas for a complete room.

My goal was to reach at least 3000 lumen. I found some nice high power led stripes with a high CRI of 90. Unfortunately they need heatsinks, which I never used before in any project. In the following I will give you a complete partlist and a rough assembly guide with some hints. But first some pictures of the finished LEDs with heatsink. As you can see, I am really not very good at combining the parts, but it works, and that’s the important thing ;) .

You need basic soldering skills to connect wires to the LED stripes.

The whole system has a total power consumption of 42W. The heatsinks heat up to 45°C. Theoretical about 2800 lumen, but I can’t measure that. It is bright enough to light my whole room. My previous lamp had 2x 50W halogen light bulbs and was much darker.

There are links to the important components. The other parts can differ depending on your location and choice. I spent around 95€ for all parts without shipping.

Warning: If you change one of the first three components, you have to recalculate if they match. So if you want to use other LEDs, you should look into their specifications if you can power them with a constant current of 1050mA below 50W. Else you have to use another power supply. The heatsink has to be able to cool the LEDs. All heatsinks have a cooling efficiency in the specs. The unit is Kelvin per Watt. So your heatsink will heat up to (room-temperature + watts of LEDS) * x K/V, where x is this efficiency value. Assembly

I will describe some basic steps. Always be careful with high voltages and high currents. Check twice for connections or not. 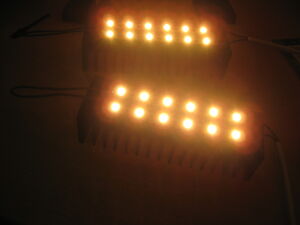 Finally you are done and have a very bright LED lamp. You could add some milk glass in front of the leds or use them indirect so noone is able to look into them.

Always be careful while working with electronical stuff and high brightness components. Use this guide at your own risk. I take no responsiblity for damage of any kind.

If you have any question, feedback or built something similar, please leave a comment.